I had to use every ounce of willpower not to title this post Shii-takos. Because although it would’ve been amusing, fajitas are a much more accurate description for these tasty little pockets of marinated mushroom goodness.

If you’re anything like me, there are times when you’re just in a fajita frame of mind. Every now and again, when the mood strikes, it just sounds like a good idea to marinate some veggies, saute them, and wrap ’em up in a warm tortilla.

The inspiration for this recipe came to me one night after I had decided to try out some dried shiitake mushrooms for the first time. I soaked them according to directions I found online, then added them to an Asian noodle soup. The mushrooms had a tender yet chewy texture. My husband took a few bites and looked at me suspiciously. “This… this isn’t meat, is it?” he asked, holding up a chunk of shiitake on his spoon. Of course, it wasn’t meat, but he had made an interesting observation. The shiitakes were, in fact, quite… meaty. So much so, that after reviewing some of the images from my fajitas photo shoot, I opted not to use a few because they looked a little bit too much like something of the carnivorous variety.

After that night I tried to trick my husband with the dried shiitakes (not really) I just knew I had to try them in fajitas! Their juicy, chewy texture and unami flavor are perfect for combining with veggies, and filling a soft, fresh, corn tortilla. I found the dried shiitake mushrooms, after being soaked, took on the tangy and spicy flavors of my homemade marinade perfectly. Using mushrooms like portabellas in plant-based recipes like burgers and fajitas is nothing new, but using dried shiitakes is something I hadn’t thought of before. By all means, if you’d like to buy fresh, you can use those instead of the dehydrated mushrooms. I kind of like the idea of keeping a bag of dried mushrooms on hand, though, and they make a great addition to soups, stir-fries, and other recipes as well. The health benefits of raw, as well as dried shiitake mushrooms, are numerous and impressive. 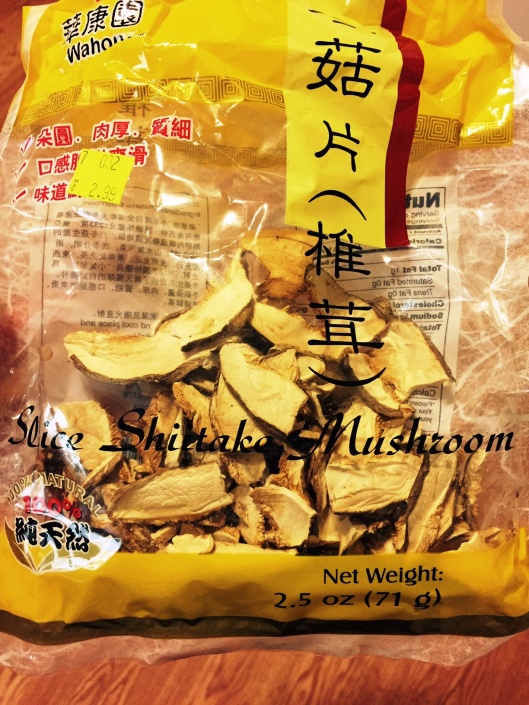 A food doesn’t just become popular for thousands of years for no reason. Shiitake mushrooms been used medicinally in China since ancient times, and have long been viewed in Asia as a symbol of longevity. The famous fungus amongus has been studied for it’s ability to fight cancer as well protect us from cardiovascular disease. Below are some other awesome shiitake stats worth mentioning:

Excellent Plant Source of Iron – preliminary studies done on dried shiitakes found their bioavailability of iron when consumed to be equal to the supplemental form of iron, ferrous gluconate (which is often prescribed as a low-dose supplement). To increase plant-based iron absorption, it’s always a good idea to eat some vitamin C rich foods along with your meal (such as the red bell peppers and lime juice in this fajita recipe!).

B Vitamins, Minerals, Vitamin D2 – Shiitake mushrooms are an excellent source of copper, pantothenic acid, and selenium – terrific for your overall health, but since this is FYB, I’m here to tell you those are famed nutrients for gorgeous hair and skin. They are also a good source of vitamin D, in the form of D2, and are rich in B vitamins, making them a particularly good food for combating stress, increasing energy, and improving mood.

Sustainable – Get this, although usually grown indoors on sawdust blocks, shiitake mushrooms are now being grown commercially in hardwood logs and stumps in the forest. The practice is referred to, appropriately, as “forest farming” and is gaining popularity in the United States. Check the package to determine if they have been forest grown, about 200 shiitake growers use this method currently. A quick look at the Googles will even show you how to grow your own shiitake mushrooms. 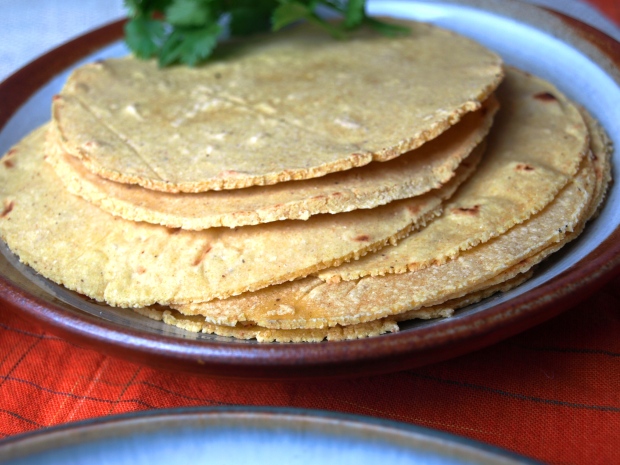 Now, about these fajitas. This recipe is, like all my recipes, is highly adaptable according to your preferences. It is also pretty darn easy. If you have a favorite marinade, feel free to use that in place of my marinade recipe below. The only drawback to using dried shiitakes, is that you will have to soak them for about 8 hours. If you wanted to do some make-ahead magic, in the evening you could mix up your marinade and chop your peppers and sweet potatoes  (storing them in the fridge) then place your dried shiitakes in a bowl of water, allowing them to soak overnight. Then in the morning, drain the shiitakes, and throw them back in the bowl, add the peppers, pour in the marinade, cover and shake it up, and let it soak in the flavors until you get home from work. Then all that is left is a quick saute of the shroom mix and roasting of your sweet potatoes. 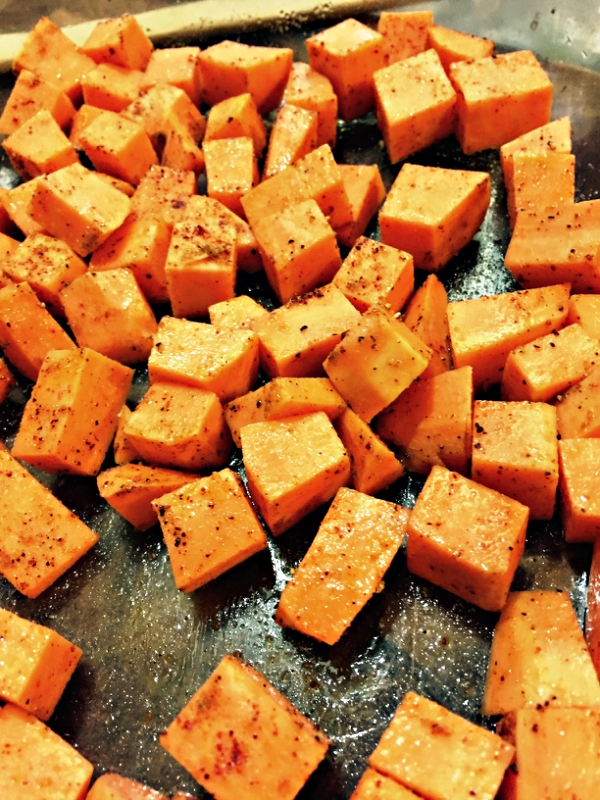 For the sweet taters, I just chopped a large sweet potato into small chunks (the smaller you chop, the quicker they roast) and drizzled with a couple of teaspoons of melted coconut oil, and a sprinkle of chili powder, cayenne pepper, garlic powder, and salt. Then I roasted them at 425 degrees Fahrenheit for about 15 minutes, or so. Maybe it’s odd to put sweet potatoes in fajitas, but it sure was tasty! I pretty much sneak them into every meal, because I love them so, but feel free to leave them out.

Like any good dish, toppings are of the utmost importance. For these fajitas, I blended a quick “sour cream” using equal amounts of water and cashews, a spoonful of hemp seeds, a pinch of salt, a garlic clove, and a squeeze of lemon and splash of apple cider vinegar. We also topped our fajitas with fresh cilantro, avocado, and a dollop of salsa. Green onions would be good. too. Feel free to add dairy-free cheese, hot sauce, or whatever else your little heart desires.

If you find yourself in a fajita kinda mood, give these a try. You might just fool the omnivores in your life with the “meaty” shiitake mushroom filling, or at the very least, have them asking for seconds.

2. Whisk ingredients for the marinade. Toss with onion, pepper, and mushrooms, Allow to marinate at least 30 minutes up to 8 hours.

3. Toss sweet potato chunks with oil, until coated. Place on a rimmed baking pan lined with parchment paper and sprinkle on seasonings. Roast at 425 degrees for 15 minutes or until edges are browned and potato is tender.

4. While the potatoes are baking, heat a pan over medium-high heat. Carefully pour the marinated veggies into the pan, as well as the marinade. Saute for about 7-10 minutes, stirring often, until edges are slightly charred, and veggies are tender.